There are some car models that you would see on the road or on television and would not even be able to guess that it is actually expensive. There are various things that can make a car expensive which range from its varying degree of personalisation, the type of car it is or the materials used to build the car. The following are cars that you may see anywhere that look like regular cars but are actually luxury cars that are expensive. Some of them are even only produced on demand and not generally. They include:

Aston Martin, actually allied Aston Martin Lagonda, is one of the most prominent British carmakers of all time. The company was founded in 1913 and they have since then gained a reputation all over the world for producing not only some of the most luxurious rides but also some of the fastest. Having an Aston Martin model is considered to be one of the biggest status symbols known to man, and it is easy to see why. Aston Martin has produced many iconic cars throughout its history but they have an awesome sports sedan which is called the Rapide that had its first production in 2010. This car has changed a bit over the years, and the latest model was released in 2020. The company planned to create the Rapide E, which would have been an electric version of the ultra-luxury ride, but they made other plans in early 2020. The Rapide is an awesome car loved by many people but one thing about it is that the exterior look of this car would give the impression that it is just an ordinary car but this car actually has a starting price of N90 million. Speed is the best feature of this luxurious vehicle.

The Volkswagen Phaeton was mostly hand-built in Dresden, Germany and was in production from 2002 to 2016. However, it was only sold in North America between 2004 and 2006 and that could explain why most of the models never circulated. The Phaeton was based on the D1 concept, a hatchback that made its debut at the Frankfurt auto show in 1999. It also shared its platform with the likes of Bentley Continental GT and Flying Spur and several engines with the Audi A8 abroad. Under the hood, U.S. owners had a choice of a Hungarian-built 4.2-litre V-8 with 335 horsepower and 317 pound-ft of torque or a massive 6.0-litre W-12 that packed 420 horsepower and 406 pound-ft of torque. Both had all-wheel drive and the V8 was mated to a six-speed automatic transmission and the 12 made do with a five-speed. Speed for both was limited to 130 mph, but the car was designed to run smoothly at 186 mph. This car looks like a regular Volkswagen model but the price is a whopping addition of N41 million to the price of any regular Volkswagen.

The Peugeot Oxia is a high-performance super at the concept that the French Automaker conceived back in the late 80s. It pays homage to the company’s past and certainly was a technological revelation well ahead of its time. It was a supercar that would have gone up against cars like the Ferrari F40 and Porsche 959 if it went into production. To put that into perspective, the hi-tech Oxia had north of 600 horsepower, along with four-wheel drive and four-wheel steering. These specs might seem normal now, but back in the ’80s, they were unheard of. The Oxia was released at the 1988 Paris Motor show. Even at the time, the Oxia was more than just a ’concept car’ or a ’racing car,’ as many brilliant designers and engineers referred to it. It was fully functional and the French automaker went to considerable lengths to make it a drivable package.

The supercar featured an innovative windshield wiper, but the show-stopper feature had to be the onboard computer, which controls all of the car’s functions, including a navigation system. These features were well ahead of their time. The vehicle is powered by the iconic 2.8-litre V6 PRV engine which produces a whopping 680 horsepower and revs to 8200 rpm, thanks to two-cylinder heads with a total of 24 valves and two turbos. It also features a four-wheel drive and four-wheel steering coupled to a six-speed manual transmission with a twin-disc clutch ad twin differentials. The price of this vehicle is N13 billion.

Looking at the body of this vehicle, it resembles that of a regular Toyota Corolla. French electric sports car start-up Exagon, a spinoff of the Exagon Engineering motorsport firm, first presented its Furtive-eGT in concept form at the 2010 Paris Auto Show. Exagon started taking orders for the car soon after the debut and since then a handful has reportedly made their way into customers’ hands. Inside, Exagon has used only the finest materials. As the firm’s founder Luc Marchetti explains, Exagon’s staff use the same approach as “jewel makers ‘ when it comes to the high-end manufacturing and bespoke nature of the Furtive-eGT.

In fact, each of the cars will be highly tailored to its owner’s desires, which explains why Exagon is only building Furtive-eGTs on demand. It probably explains why no price has been mentioned, as the costs are likely to vary significantly based on the level of personalisation but expect it to be very much pricey. 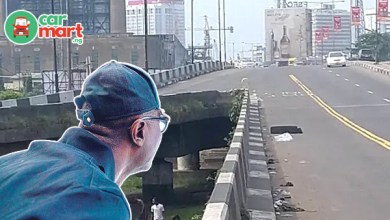 Lagos Gov. Confirms the Re-opening of the Stadium Flyover Bridge by December 22 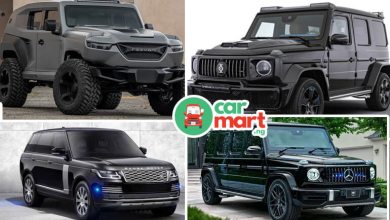 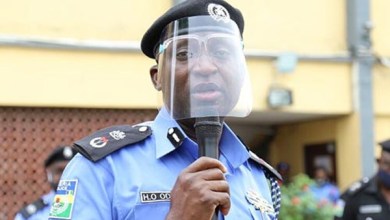 “The bill for my 2020 car is N3.7m due to adulterated fuel” – Stephen Cooker Aderinokun