Toyota Corolla is arguably one of the most popularly driven cars around the world. It has won the hearts of many due to its superb reliability and affordability. However, Toyota Corolla has its quirks and challenges. It will be good for you as an owner or potential owner to be aware of this so that you can be prepared. Or perhaps, choose to buy another vehicle.

The Corolla has the ability to maintain steady performance through years of regular use. There is a standard 5-year/100,000 miles on the Toyota Corolla. To enjoy your Corolla for a long time, it’s important you maintain and service it regularly. In addition, the Corolla has a good resale value following years of use. This makes it budget-friendly and economical for many customers.

Common Problems Of The Toyota Corolla

Starting problems are quite prevalent in various Corolla vehicles. Many owners have reported that their Corolla’s engine starts slowly or won’t even crank up. This was the major challenge with the 2015 Toyota Corolla model. Models between 1990-2014 had few reported problems along this line. This situation is usually common at about 100,000 – 250,000 miles. Starter failure is often the major cause of this problem. And it can be corrected by a starter solenoid replacement or a total replacement of the whole starter system. Other causes of slow engine start include the weak or corroded battery, clogged fuel filter, dead battery etc. A visit to your mechanic can help accurately diagnose the cause.

Problems With The Evap System Leading To Check Engine Light On

1998 to 2016 Toyota Corolla models have a commonly reported problem with the Evaporative emission (EVAP) system. Defects in the evaporative emission system result in the lit of the Check Engine Light. Diagnosing the cause of this problem can be tricky. Common causes include faulty gas caps or a charcoal canister failure.  If you observe any issues with your EVAP system, make haste to consult a certified mechanic for a proper diagnosis of the problem. Failure to correct this problem as soon as possible could lead to further damage to your Toyota Corolla.

Many owners of the 2010 and 2009 Toyota Corolla model frequently reported steering drift issues. The complaints drew the attention of the National Highway Traffic Safety Administration (NHTSA), which therefore prompted a quick investigation. Results from this investigation found out that stock calibration within the electronic power steering system affected on-centre steering. Toyota Corolla owners who suffered this problem had difficulty efficiently handling their Corolla. To resolve the issue, Toyota released a technical service bulletin for an optional recalibrated EPS electronic control unit that improved the on-centre steering feel.

Problems With The Airbags

Quite a number of Toyota Corolla year models had issues with the airbag, such that there were a lot of recall cases. 2003-2013 Toyota Corolla was recalled in 2019 for a possible airbag inflator explosion, which could cause injury to passengers by shooting small pieces of metals at them. Similarly, in 2014, Toyota Corolla produced between the years 2009-2010, were recalled because of an improperly placed Flexible Flat Cable (FFC). The FFC, if damaged, could deactivate the airbag, thus rendering it useless.

2010-2013 Toyota Corolla were recalled in 2013 due to challenges with the frontal airbags which wouldn’t deploy when needed because of untested passenger seat occupant sensing system calibration. That same year, 2003-2004 Corollas were recalled for faulty supplemental restraint system (SRS) circuits. Faulty SRS circuits have the potential to unnecessarily trigger airbags when not needed.

Defective mass airflow sensor reported in the 1998-2010 Toyota Corolla has the potential to trigger drag in acceleration, which can negatively affect the vehicle’s overall performance. If left unattended, the defective mass airflow sensor could also trigger the Check Engine Light. The solution to this is to have the sensor cleaned or totally replaced. Consult with a qualified mechanic to know which option is best for you.

Problems With A Transmission

Problems with the transmission system can be very annoying, and also dangerous if left unattended. In the worst cases, users have reported that their transmission totally failed in the middle of the road. This usually begins with an unusual grinding noise, which continues for a while until the transmission total gives way. To avoid accidents and crashes, consult your mechanic as soon as possible when you notice defects in the transmission.

Like every other vehicle, the Toyota Corolla is prone to various problems and issues. Notwithstanding, it remains a car that boasts reliability, affordability, and durability.

5 Top African Countries With The Most Luxurious Cars 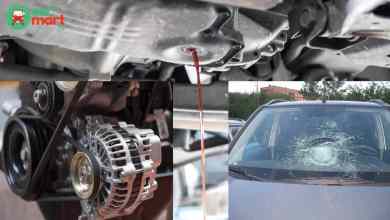 10 Common Car Problems Every Driver Should Know About 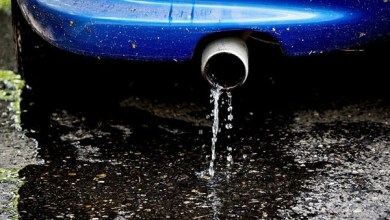 Common Reasons Why Water Comes Out From Your Car Exhaust 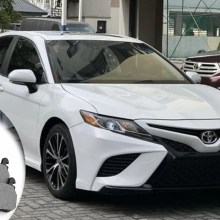 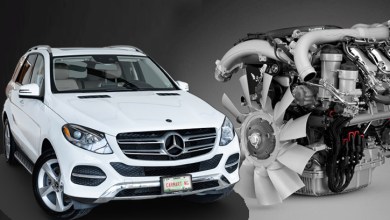 How to Find Out What Type of Engine Your Car Has