Governor Abubakar Sani Bello Net worth of $1b (~₦500B)

The first on our list is the Governor of Niger state- Abubakar Sanu Bello. Born on the 17th of December 1967 in Niger State, Governor Abubakar Sanu Bello assumed office on the 29th of May 2015. The 54 year old rich governor is a Muslim, and the eldest son of Colonel Sani Bello, a Nigerian billionaire and former Nigerian military Governor of the old Kano State. Since he was born into a wealthy family, Governor Abubakar Sani Bello found it easy to gather capital to start his line of businesses. It is reported that he has investments in the oil and gas sector.

NET WORTH: Currently, Governor Abubakar Sabi Bello is said to be the richest governor in Nigeria with a net worth of $1billion.

Governor Abubakar Sani Bello CARS: His official car is a Toyota Land Cruiser. But due to his wealth, he can afford a;

A member of the People’s Democratic Party, Governor Ezenwo Nyesom Wike is the Executive Governor of Rivers State. An indigene of Obio-Akpor, Rivers State, Governor Wike was born on 13th December 1963. Although a lawyer by profession was the Minister of Education during the administration of President Goodluck Jonathan.

NET WORTH: Wike’s net worth is estimated at $550million.

Nasir Ahmed El-Rufai, born on the 16th of December 1960, is the present Executive Governor of Kaduna State. He is one of the most educated and intellectual governors in Nigeria. He bagged an LL.B certificate from London and a master’s degree in Public Administration from Harvard University. Prior to being a governor, he was the former minister of the FCT under the administration of Goodluck Jonathan and also the former Director-General of the Bureau of Public Enterprise.

NET WORTH: Being a well-educated governor, Nasir Ahmed El-Rufai has an impressive net worth estimated at $400million.

Here comes the Governor of Ogun state- Dapo Abiodun as one of the richest governors in Nigeria. Having bagged a degree in Accounting from Georgia State University, Governor Dapo Abiodun decided to start his business in the oil and gas sector of Nigeria. Before entering politics, he was the CEO of Heyden Petroleum, which is one of the biggest oil firms in Nigeria.

NET WORTH: His net worth is estimated at $314million.

Born on the 8th of December, 1955, Willie Obiano is the present governor of Anambra State. He started his career as a banker before he went into politics as a member of the All Progressive Grand Alliance (APGA). He worked with the First Bank of Nigeria at the start of his professional banking career before he left to join the services of Chevron Oil Nigeria Plc as an accountant and rose to the position of Chief Internal Auditor. In 1989, he was one of the auditors that audited Texaco Refinery in Rotterdam, Netherlands. In 1991, he joined the Fidelity Bank as Deputy Manager and Head of the Audit unit and rose to the position of Executive Director in October 2003.

NET WORTH: Governor Willie Obaro’s net worth is estimated at $300million, thereby making him one of the richest governors in Nigeria.

Willie Obiano CARS: As a wealthy governor, he can afford to own cars like;

Governor Godwin Obaseki of Edo state is on our list of the top richest governors in Nigeria. He was having a thriving career in finance and business before he joined politics under the All Progressive Congress (APC). Governor Godwin Obaseki is an alumnus of the University of Ibadan, where he obtained a bachelor’s degree in Art in Classics. He is also a graduate of the University of Columbia and Pace University in the US where he obtained his master’s degree in Finance and International Business. He has over 30 years of professional experience in securities trading, investment banking, and asset management.

NET WORTH: His net worth is estimated at $225million.

Governor Seyi Makinde is fondly loved by the people of Oyo state due to their selfless service to the people which is evident in his administration. An active member of the PDP, Governor Seyi Makinde was born on 25th December 1967. He is an Engineer and a subject matter expert on Fluid and Gas Metering. He is the Managing Director of Makon Group Limited, an oil and gas company based in Nigeria. He studied electrical engineering at the University of Lagos and also obtained training in several schools abroad, one of which is the Massachusetts Institutes of Technology, where he studied Understanding and Solving Complex Business Problems.

NET WORTH: Governor Seyi Makinde’s net worth is estimated at $126million.

CARS: Just like almost every other governor, he uses a Lexus SUV as his official car. His car collection includes;

Governor Aminu Waziri Tambuwal is the executive governor of Sokoto State. He was once the speaker of the federal House of Representatives, a position he held from 2011 to 2015. Born on 10th December 1966; Governor Aminu Waziri attended Usman Dan Fodio university for his tertiary education.

NET WORTH: Governor Aminu Waziri Tambuwal’s net worth is estimated at $27 million.

CARS: With such startling net worth, Governor Tambuwal drives the best of cars, even though he doesn’t show it. Possible car collection in his garage includes; 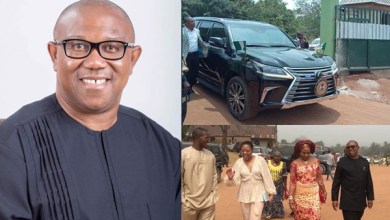 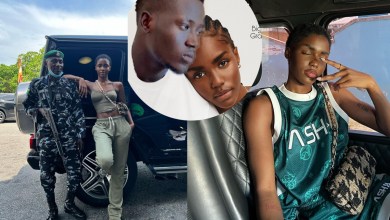 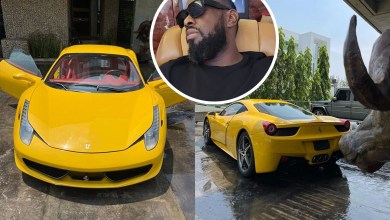 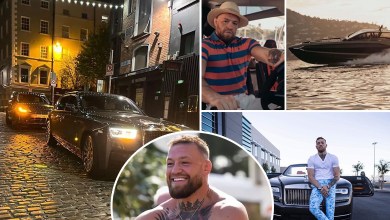