LASTMA is an acronym for Lagos State Traffic Management, designed to protect law-abiding road users and make sure that those who disregard any of its stipulations are made to face the consequences of their actions. This way, everyone can become responsible with time. While the commission has the power to exercise specific responsibilities on motorists, it is not designed to empower the officials to harass, intimidate, exploit or make a lawbreaker out of any Lagos resident/stakeholder through the demanding of bribes or other crooked demands.

If you are going to be staying in Lagos, it is best to know what your rights are in order to save yourself from trouble when necessary.

In order to reach LASTMA or get an update on the latest news about the department, you can visit their official website or contact them via these methods:

Just like other law enforcement agents, LASTMA officials have been empowered to arrest suspected individuals who commit a road offences. While they have the power to do so, you can also take the necessary steps to avoid the arrest. It is either you take full responsibility and pay the summary fine, or you can challenge the accusation and request for a trial by a competent court.

Note that LASTMA officials are not empowered to detain any individual, they can only arrest. So if by chance, you get arrested by one, and the charge seems unreasonable, the official must do one of the following:

According to Section 35 of the 1999 Constitution of Nigeria, there is a Right to Personal Liberty guaranteed; any powers of arrest exercised by LASTMA officials are subject to this law. Specifically, it concerns the right of any individual to a legal practitioner, as well as the right to be presented before a court within a reasonable period. Owing to the fact that your right to personal liberty should not be trampled upon, if you believe you have been cheated in one way or another, and would like to seek redress, kindly contact a trusted legal practitioner.

LASTMA officials can carry out tests for blood, breath, urine as well as the alcohol level of a driver. Currently, LASTMA officials have not been exercising this power as there are no laws that have affected the use of breath testing equipment by LASTMA. Notwithstanding, if they had to follow approved international standards, they have to take the following steps:

Be aware that the conduction of this test – obtaining of blood, breath, and urine samples, encroaches on your Fundamental Human Rights, so if you believe a LASTMA official has not done right by you, contact your lawyer or better still, file a report.

How Do You File A Complaint Against A LASTMA Official?

If you are willing to establish your dissatisfaction regarding the conduct or activities of a LASTMA official during the exercise of his/her functions, these are the steps to follow:

The rules are not that difficult to obey, you can save your time by just doing the needful. At the same time, do not hesitate to report any case of an extorting LASTMA official, your actions will serve as a check and balance for the commission as well.

How to Start an Online Car Parts Business 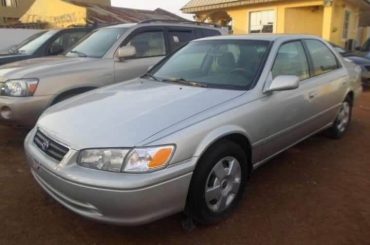