The new Mercedes-Benz X-Class Pickup you see might just be the most intriguing-looking example we’ve ever seen. It comes from Pickup Design, the track-focused division of Carlex Design, and has received a multitude of exterior and interior modifications. The first thing you notice is the two-tone paint scheme. The X-Class’s body has been painted in gloss white, apart from the upper portion of the body which sports a shade of brown. A host of other brown accents are visible across the exterior, including a strip along with the doors that denote the vehicle as to the ‘Yachting Edition.’

Inside, this X-Class looks unlike any other. For starters, the tuner has applied wooden accents on the dashboard and steering wheel. Next, elements such as the seat bolsters, shift knob, handbrake, center console, and parts of the door panels have been clad in brown leather. Other surfaces, like the upper door trims, upper dashboard, and the steering wheel grips are clad in brown Alcantara.

Rounding out the interior changes are custom seats with black Alcantara center sections and wooden floor mats both upfront and in the second row. These modifications might not be the most practical for a tradesman that could use the X-Class for work, but it is definitely one way to attract attention at the worksite.

This is something new – a global attempt to go after the likes of the Toyota Hilux, VW Amarok, and Nissan Navara. Now, developing a new car from scratch is a vastly expensive business, so if there’s a way to reduce those costs, it’s worth considering. So if you scratch the surface of the X-Class you’ll find a lot of it is actually the aforementioned Nissan Navara. Same 2.3-litre Renault-developed turbo diesel, same ladder frame chassis, same switchable 4wd system with low range, and so on.

On the surface, Mercedes has done a good job of disguising this fact. Until you get to the far end of the double cab, the X-Class looks unique, well-aligned with the rest of Merc’s commercial and passenger car range. It’s only the shape of the rear lights and that kick-up in the rear passenger window line that looks Nissan-ish.

Mercedes-Benz has revealed pricing for the V6-engined X350d variant of its X-Class pickup truck: the range-topping X350d 4Matic, due for first deliveries in November, is priced at ₦25 million to ₦30 million after VAT.

n 12 minutes, we enthusiastically attacked a race track, performed standing starts on super-steep hills, effortlessly descended them, traversed a set of moguls that got wheels dangling, clambered over boulders and through a water splash, before riding a bank of earth that tilted this Mercedes 42deg from the horizontal. At that angle, an occupant sitting on the low side of the car is almost close enough to the ground to drop a window and pick flowers. At the 50deg tilt that is this pickup’s tip limit, it would certainly be possible. So that’s impressive.

So is the X-Class’s aura of robustness and the basic pliancy of its suspension over the rough stuff, making it supple enough to cushion sharp jolts effectively. Suspension articulation seems promising, too, with the succession of earth hillocks that compress the front-left, rear-right, front-right, and rear-left springs alternately being taller obstacles than most drivers would tackle. The steep hill from a standing start is no trouble in this X250d automatic, with the task further eased by a hill-holder.

The return to level earth is hill descent control, with the drop notable for the lack of clack from the anti-lock braking system actuators. Refinement has been an important aspect of the X-Trail’s development, so Mercedes clearly needed to set higher standards than both the Nissan Navara and Renault Alaskan, which share much of its innards, as well as rivals such as the VW Amarok.

It’s definitely less car-like on a track, unsurprisingly, with body roll and rear-ends tyre squeal accompanying a trip towards the grip limits. But we’re probably traveling faster than you would in most pickups and, on this smooth track, it feels controlled. Whether the manners of this Mercedes crew cab improve sufficiently on Navarra’s to warrant a sizeable price difference, we’ll need some testing first before we can come to an answer. But the promise is there.

How To Obtain An Import Licence In Nigeria 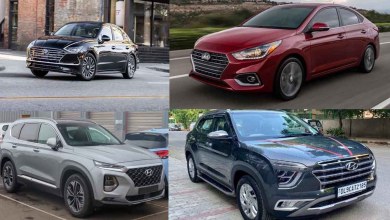 Prices of Hyundai cars In Nigeria – Nigerian and Foreign used 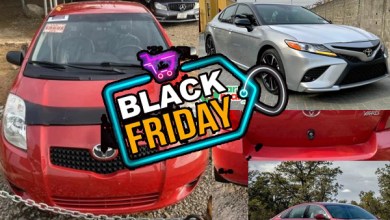 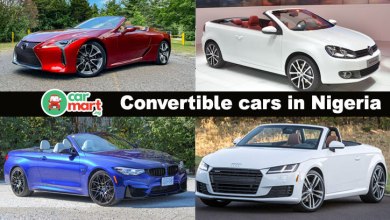 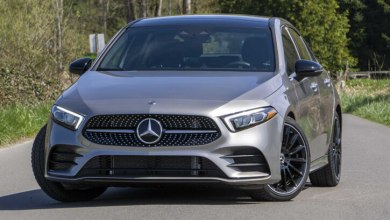