For most people, travelling may be much of a problem, whether it is having to wait in traffic, having to travel long distances or having to wait for the mode of transportation to arrive.

Travelling is less than glamorous. To catch a flight, you have to be at the airport early enough and hours in advance so as not to miss it. Also, going through long security checkpoints is another worry.

However, what do you think travelling would be like if you were rich? And we are not just talking about being a millionaire. But what if you were a multi-millionaire or even better, a billionaire? So what exactly is travelling like for the world’s richest CEOs?

It is safe to say that these business tycoons have the world at their fingertips and travelling in style is what they do best. You can be sure that billionaires like Jeff Bezos and Elon musk are not flying commercial. Instead, they fly around in luxurious private jets that also serve as an office in the sky.

Jeff Bezos is the richest CEO in the world. As a founder of e-commerce giant, Amazon, it is not surprising that he is number one on the Forbes’ billionaires list with a net worth of $191 billion (N79.2 trillion). Being the richest guy on the planet, you can be sure that Bezos travels in style. He is the owner of not one but two Golf String G650 ER private planes costing about $150 million (N62.2 billion).

Even though each plane costs about $70 million (N29 billion), he spends about an additional $5 million (N2 billion) on each plane for customisation. This is definitely a top of the line luxurious plane with its comfortable sitting, multiple cabin rooms and large windows letting in a lot of light. The jet can easily transform from moving mode to office mode in the air simply by pulling tables from the armrest and moving a few seats, you can have a private office in the sky.

So when he needs to fly from the Amazon headquarters in Seattle to other Amazon campuses in faraway locations like India, it is a breeze with the G650 ER. When he is not flying one of his private jets, he can be seen driving his Ferrari which has a cost of $3 million (N1.2 billion). He also owns a Bugatti Veyron which costs about $3.4 million (N1.4 billion). He also likes to be chauffeured to meetings in a $96 million (N39 trillion) bulletproof Cadillac Escalade.

Elon Musk has been working on revolutionising transportation both on Earth through the electric car, Tesla, and in space with rocket producer SpaceX. SpaceX is now valued at $74 billion (N30.6 trillion) after its latest funding round in February 2021. At number 2 on the Forbes’ billionaire list 2021, he has a whopping $166 billion (N68.8 trillion) to his name. He owns two private jets; the Golf String G550 and the Golf String G650 ER.

The Golf String G650 ER is bigger, faster and has a better range. The jet even includes an entertainment space and a kitchen. Both jets can carry up to 18 passengers each and each jet has been personally personalised by Musk to perfectly fit his travelling needs. There are exquisite chairs, areas for dining and relaxing.

The G650 ER has an incredible cost of $70 million (N29 billion) while the G550 costs about $61 million (N25 billion). When Elon Musk is on the ground, he chooses to only drive his Tesla Model S which costs about $140,000 (N58 million). He can also be seen in his Tesla Model X which costs $110,000 (N45 million). However, Musk likes to drive himself around because this gives him a chance to test the latest Tesla models.

He is the richest person in France, Europe and the richest person in fashion. He is considered one of the world’s ultimate tastemakers because he oversees an empire of 70 brands including Louis Vuitton and Sephora. He is the CEO of LVMH, a luxury goods company that deals with fashion, wine, watches, spirit, perfumes, cosmetics and more. The company just recently acquired Tiffany and Co. for $15.8 billion (N6.5 trillion) believed to be the biggest luxury brand acquisition ever. He is currently on Forbes’ billionaire list of 2021 and has a net worth of $150 billion (N62.1 trillion). The mega-billionaire owns a bombardier global 7500.

The incredible jet was delivered to him in 2021. The Global 7500 is considered to be the world’s largest and longest-range business jet. It can accommodate 18 passengers and has the least price of $73 million (N30.2 billion). The jet is fully customisable and is designed for ultimate luxury and a perfect travelling experience. The aircraft includes a bedroom, dining room area, advanced sitting and even a kitchen. He is also the proud owner of a luxury yacht named Symphony. The yacht is 101 metres long and can accommodate 16 guests in 8 staterooms and to top it off, Bernard has his own private deck. He also likes to be chauffeured around to meetings or fashion shows in his BMW 760LI which has a price tag of $110,000 (N45.5 million).

This is the youngest billionaire on this list. He is an American media magnate, internet entrepreneur and philanthropist. He is known for founding Facebook and serves as the chairman, Chief Executive Officer and controlling shareholder. Zuckerberg started Facebook at Harvard in 2004 at the age of 19 for students to match names with photos of classmates and today, Facebook has come a long way and so has Zuckerberg.

He currently has a net worth of $115.3 billion (N478 trillion).  When it comes to travel, Zuckerberg does not own a private jet like other billionaires. Facebook handles his travels just like they handle his security. In 2020 alone, Facebook spent over $25 million (N10.3 billion) on charter services for Zuckerberg. It seems like it is high time he got a private jet for himself. Zuckerberg can also often be seen driving a regular car like a Honda Fit, Acura TSX and a Volkswagen Golf. All the cars combined cost $51,000 (N21.1 million). He also owns a Bugatti Wyra which costs about $3 million (N1.2 billion).

Even though he has a net worth of $98 billion (more than N40 trillion), luxury travel has not always been a thing for him. In fact, he used to ride his bike around delivering newspapers in his younger days. Buffet has made some impressive long time investments that have really paid off and today he is now the CEO of Berkshire Hathaway and is actually the 5th richest CEO in the world. He is also in charge of NetJets which is the largest private jet operator in the world.

NetJet was founded in 1964 as executive jet aviation. It was the first private business jet charter and aircraft management company. The idea first started as a sort of luxury air taxi for the rich. In the past, Buffet criticised having an air private jet but he soon grew up to love it and even had one for himself: a bombardier challenger 600 which he named indispensable because it was something he could not do without.

His private jet is spacious can seat nine passengers and requires a two-person crew. The cabin is 8.2ft wide, 6.1ft high and 28.3ft long. There is even a spacious area for Mr Buffet to keep his luggage. The aircraft has also been designed to have a low noise level which comes in handy when he is doing a meeting or office work in the sky. The plane costs $5,100 (N2.1 million) per hour which is nothing for the billionaire. The billionaire said he mostly flies and rarely drives his car. 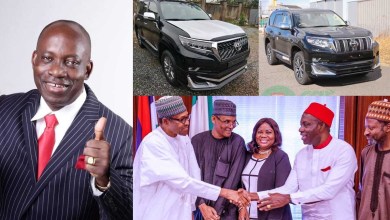 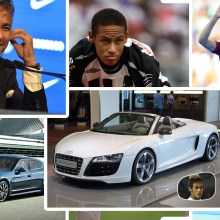 Neymar Houses & Cars: How Rich Is The Footballer Worth? 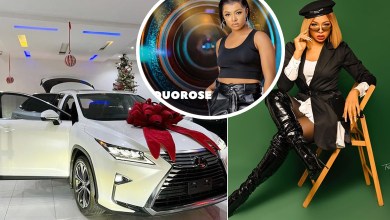 Liquorose BBNaija Biography, Net Worth, Cars, And House In 2022