Ford to Replace the Edge and Lincoln Nautilus

The Ford Edge and Lincoln Nautilus may not receive a new generation after their current lives end. The two ride on the CD4 transverse platform that has underpinned everything from the Fusion to the Continental and even the MKZ. Now the next generation Edge and Nautilus were rumored to ride on the aluminum-intensive CD6 modular platform of the new Aviator and Explorer but due to costs and model overlap, something Mercedes doesn’t understand, they could disappear. But not entirely. ⠀⠀

There’s a surprising story going around about the Ford Edge and Edge-based Lincoln Nautilus, claiming Ford has canceled the program to replace the Edge. The allegation comes from Sam Fiorani, founder of forecasting and consulting firm AutoForecast Solutions (AFS). Fiorani’s prediction, which came in an AFS report, appears to have been covered by Automotive News Europe first, with further reports unearthing more complexities surrounding the issue. The kernel is this: Fiorani heard from “multiple sources” that when the Edge’s current generation is kaput in 2023, production of the Edge and Nautilus will cease at the Oakville, Ontario, plant that builds them for North America. The Edge is also built in China, and assembly could continue there, with Lincoln Nautilus production shifting to China, too.

Now the Edge is the one said to be killed off which is odd as they sold 138,515 last year, not too bad. But with the new Explorer offering a wide range of seating and engine options and the upcoming new Escape based Bronco Sport coming, the Edge would appear possibly redundant. Now the Nautilus is rumored to shift production over to China but other say it simply could be killed off too. Stay tuned for Updates! 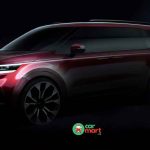 Kia publishes the first teaser photo of its Car Carnival 2021 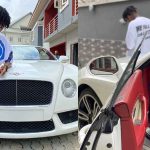