Certain years just sound more futuristic than other ones, don’t they? The last truly futuristic-sounding year was 2020, but luckily, we’re getting one again next year, and the cars to match! Whether you’re interested in crazy-fast hypercars or the pinnacle of luxury, these vehicles offer the very best, at the highest prices.

The Lamborghini Sian is not only the Italian marque’s first production-bound hybrid but also its most powerful road car ever. That is some way to introduce your first supercar with an electric motor, but then, this is a manufacturer that is all about causing a stir in everything it does. With a 785-horsepower V12, naturally-aspirated foundation, the electric motor’s contribution takes total system output to an astonishing 819 hp. The Sian will reach 62 mph in 2.8 seconds and top out at over 220 mph if you can find enough road (and the relevant permit) to make it happen.

For the most well-heeled among us, the average run-of-the-mill supercar may fall short of fulfilling our needs. If transportation with a six-figure price isn’t exclusive enough for your tastes, there’s the 2020 Bugatti Chiron.

To mark the sensational record-breaking run that exceeded the magical threshold of 300 miles (482,80 km) per hour for the first time, Bugatti proudly presents the Chiron Super Sport 300+. Limited to 30 units, this very special edition of the Chiron is visually and technically inspired by the record-breaking vehicle.

The Lamborghini Veneno is a limited production high performance sports car manufactured by Italian automobile manufacturer Lamborghini. Based on the Lamborghini Aventador, the Veneno was developed to celebrate Lamborghini’s 50th anniversary. Lamborghini built just 14 examples of the Aventador-based Veneno between 2014 and 2015. Each one cost around ₦1.8 billion, depending on how it was spec’d, and was available in both convertible and coupe configurations. Underhood Lamborghini fitted a more-powerful iteration of the Aventador’s 6.5-liter V12, now producing 740 horsepower (552 kilowatts) and 509 pound-feet (609 Newton-meters) of torque, which gave it the ability to sprint to 60 miles per hour (96 kilometers per hour) in a blistering 2.9 seconds. To date, it’s the most expensive new Lamborghini ever.

The Koenigsegg CCRX Trevita has a modified 4.7-liter, twin-supercharged V8 engine and can use both 98-octane petrol and ethanol. This elegant sports car has rear mid-engine, rear-wheel-drive layout along with a two-door roadster body. Trevita means “three whites” in Swedish and hence, only three units were created. The supercar has a six-speed transmission system and the engine is capable of 1,018 horsepower. One of the units is owned by celebrated show host Jay Leno. The car was personally delivered by the founder Christian von Koenigsegg at Leno’s South California home. The graceful body of the car is made out of carbon and also has carbon composite fabric.

Pagani in 2019 revealed a hardcore Huayra nicknamed the Dragon that was commissioned by Russian tuning firm TopCar Design. It turns out the car wasn’t a one-off but the first of five examples of a new variant known as the Huayra Imola. The name comes from the Autodromo Internazionale Enzo e Dino Ferrari racetrack that’s commonly referred to as Imola (because of its proximity to the Italian town of Imola), and where the majority of the new Pagani’s development took place.

The Bugatti Divo is a mid-engine track-focused sports car developed and manufactured by Bugatti Automobiles S.A.S. The car is named after French racing driver Albert Divo, who raced for Bugatti in the 1920s winning the Targa Florio race twice.

The Maybach Exelero was a one-off high-performance sports car made by Stola in collaboration with DaimlerChrysler. It was unveiled at the Tempodrom in Berlin in 2005.

Commissioned by Fulda, a German subsidiary of Goodyear, to test its new tires, the Exlero debuted in 2004. Mercedes built the Exelero on the bones of a Maybach and gave it the same twin-turbo V12 engine producing 690 horsepower (510 kilowatts) and 752 pound-feet (1,020 Newton-meters) of torque. Top speed is listed at 218 miles per hour (350 kilometers per hour) and adjusted for inflation, the Exelero would cost more than 4 billion naira in today’s money.

Bugatti debuted the Centodieci at last year’s Pebble Beach car week, showing off yet another ultra-rare, super-expensive model to the world. Limited to just 10 – dieci – units, the car is a modern throwback to the Bugatti EB110. At the same time, it’s meant to celebrate Bugatti’s momentous 110-year anniversary. Its unique styling cues won’t make everyone fall in love, but at least you won’t have to worry about seeing another one on the road.

Technically the Rolls-Royce Sweptail claimed the title “world’s most expensive car” in 2017. Problem is, Rolls-Royce didn’t officially confirm that number, meaning the next car on our list takes home the title. But at an estimated ₦4.8 billion, the one-off Sweptail outpriced the next-most-expensive vehicle by a jaw-dropping ₦1.9 billion (if reports are true). The Rolls-Royce Sweptail took more than four years to develop before its debut at the 2017 Concorso d’Eleganza Villa d’Este.

With a price tag of ₦5 billion and a selling price of ₦7.3 billion after taxes, the one-off Bugatti La Voiture Noire is officially the most expensive new car ever. And understandably. A modern interpretation of Jean Bugatti’s personal Type 57 SC Atlantic, the La Voiture Noire uses the same quad-turbo 8.0-liter W16 engine as the Chiron, producing 1,479 horsepower (1,102 kilowatts) and 1,600 Newton-meters (1,180 pound-feet) of torque. It has six – that’s right, six exhaust tips, radical new wheels, an aggressive, bespoke fascia, and a gigantic light-up badge outback that spells out the name of the brand. Of course, this one-of-one Bugatti already has a home. 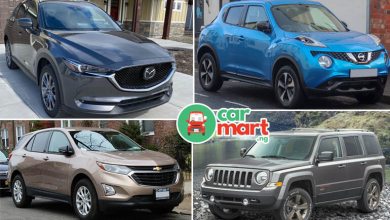 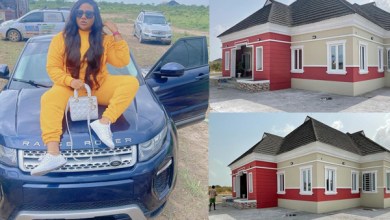 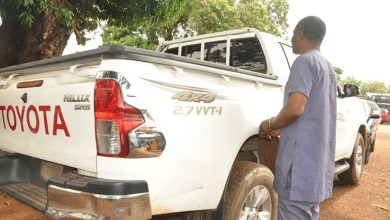 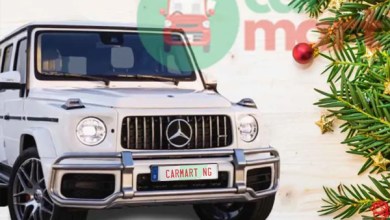 Best Cars To Buy This Christmas 2021