Omah Lay Biography – ‘Doctor said I burnt my liver, and I’ve been drinking, smoking cigar…’ If you’ve been listening to the airwaves recently, then you have probably shouted this line before. Or if you are an enjoyment Minister, this line should not be too far from your memory.

When I went about doing my research to find out who dropped this banger, because the voice did not sound popular, I was shocked. He’s quite a newbie to the Nigerian music Industry but over the past few months he has risen up to some level of stardom and he’s showing that he is here to stay.

The Bad Influence crooner is Omah Stanley Didia, popularly known as Omah Lay. He was born in Port Harcourt, Rivers State on the 19th of May 1997. He is currently 23 years old and he was brought up in Port Harcourt. For his Secondary school education, he attended Comprehensive High School and then proceeded to the University of Port Harcourt for his tertiary education.

Omah Lay’s love for music grew from being around his dad. His Grandfather was a Percussionist for highlife singer, Celestine Ukwu, and when he died in 1976, Omah Lay’s father took up drumming. When Omah Lay was 15 years old, he started producing music and was rapping from time to time in Port Harcourt.

During this period, he wrote songs for many artistes, but he decided to test the waters and sing his own song. His first record label deal came in June 2019, under KeyQaad, and he moved to Lagos. After KeyQaad, he signed another contract with Dvpper Music record label where he currently functions under.

In June 2020, Omah Lay was recognized by Apple Music as the new artist of the month. He was also recognized by Native Mag as the best new artist in March 2020. Omah Lay is rising, but nonetheless, with his energy, he’ll soon become a popular household name.

Omah Lay currently has a rumoured estimated net worth of $400, 000.

The number of cars Omah Lay has at the moment is unknown to the public.

Omah Lay’s Houses are also unknown but hopefully as he becomes a more popular face in the industry, more personal information about him will unfold, we hope. 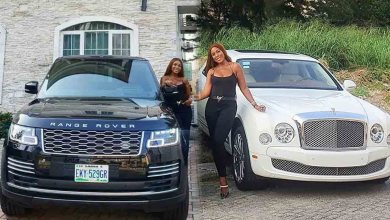 Which Tribe In Nigeria Loves Car Most 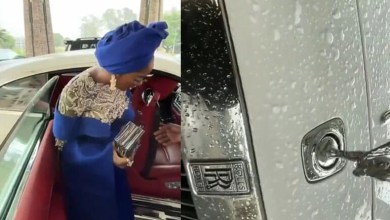 Celebs play with money at Tiwa Savage Dad Burial, As She Arrives in Rolls-Royce Wraith