If Nigerian youths are described as ‘lazy’; then one look at the biography and profile of Hanu Fejiro Agbodje is enough to change that narrative. Hanu Fejiro Agbodje is a young billionaire who sits as the Chief Executive Officer of Patricia Technologies, a leading e-Commerce platform that trades unused iTunes, Amazon, and Google Play gift cards. This eCommerce platform founded by Fejiro Hanu Agbodje was born out of hard work and determination, and it’s arguably the first of its kind in sub-Saharan Africa.

Carmart.ng brings you the biography, net worth, career and everything else you need to know about this under 30 CEO- Fejiro Hanu Agbodje- who is changing the narrative of fintech and e-commerce in Nigeria.

Fejiro Hanu Agbodje was born in Warri, Delta State on 16th November, 1995. He is an Urhobo man from the Udu Local Government, in Delta State. He has had a knack for business and entrepreneurship since he was 8 years old. According to him, he sold airtime and popcorn just to make extra cash. Having gathered business experiences over the years, Fejiro Hanu Agbodje took advantage of the opportunity he found to start Patricia Technologies, an e-commerce platform to trade unused iTunes, Amazon, and Google Play gift cards. His company is also involved in the cryptocurrency business.

Fejiro Hanu Agbodje did his Junior Secondary School education between 2005 and 2008 before proceeding to Immanuel International School, Port Harcourt, Rivers State, to complete his secondary education (2008-2011).

As fate would have it, Fejiro Hanu Agbodje had his tertiary studies in Mathematics and Statistics from the prestigious University of Port Harcourt (UNIPORT). Though he didn’t like the course at first, he is presently grateful for it as the course contributed to making him successfully found and grew his company, Patricia.

Fejiro Hanu Agbodje has been involved in several businesses before he founded Patricia Technologies in 2017. He once sold popcorn, airtime and ran a mini-restaurant while in the University.

Fejiro Hanu Agbodje describes himself as one of the most optimistic people you’ll ever meet. He is a big dreamer, hard worker and goal-getter. When he began Patricia Technologies, registered as Patricia Technologies Limited under the CAC, it was supposed to be a side hustle to earn him at least 30,000 NGN per month. However, the ‘side hustle’ went on to be his primary company worth billions of naira as of 2021.

According to him, the inspiration to begin Patricia came about when he got scammed of an iTunes gift card he got from his uncle. Narrating his experience, he said in an interview;

‘I had an uncle who visited Nigeria, who used to give me an iTunes gift card. I didn’t own an iPhone so I had no use for it, so I tried to find where I could exchange this for real money. I couldn’t find any local company doing that and I ended up getting scammed of the card. At that point, I realized I had stumbled on something. I figured if I had this problem a fleet of other persons would most likely have the same problem and that was the birthplace for Patricia’

In 2019, barely two years after the inception of Patricia, the company had processed over N10 billion in transaction volume, making it one of the fast-rising fintech and e-commerce companies in sub-Saharan Africa.

Fejiro Hanu Agbodje gives credit to his staff, who he fondly describes as teammates. He says he has excellent, amazing, talented people carrying the torch, making sure it never drops and our lights never burn out.

Fejiro Hanu Agbodje plans to open many other businesses under the brand name Patricia. Currently, he has endorsed another brand named ‘Room19,’ a high-end fashion clothing brand. He was nominated in the Africa Youth Awards as amongst the 100 Most Influential Young Africans. He was also among the Future Awards (Class of 2020), Entrepreneurship category.

In 2020, Agbodje bagged two awards including;

Fejiro Hanu Agbodje sits as the CEO of a multi-billionaire company. He is the second major sponsor of the ongoing Big Brother Naija Reality Show alongside Abeg Technologies as the major sponsor of the show, tagged Shine Ya Eye. His net worth is estimated at $8.9 million.

Fejiro Hanu Agbodje lives a comfortable life. With his net worth and social status, he can afford the following cars;

The G-Wagon is a luxury SUV that has consistently ranked amongst the list of cars owned by celebrities and rich people alike, and early this Year 2021 Dare Adekoya purchased a brand new 2021 Mercedes Benz G Wagon cost around ₦67 million. The new 2021 G-wagon has only two trims available: The G550 and G63 AMG. Although they are the same car from the inside, the G63 AMG is more performance-oriented than the G550. Cheap 2021 Mercedes Benz G wagon for sale

This Lexus ES350 was the first car of Patricia boss, Carmart.ng believe he bought it after he made his first million. The Lexus ES 350 belongs to the class of luxury sedans which comes in three trims; ES350, F Sport, and ES300h hybrid. The car comes equipped with Apple CarPlay compatibility, an 8.0-inch display, with an upsized 12.3-inch screen on navigation-equipped cars. Lexus ES350 comes with an attractive design with optimum performance and promises a pleasant riding experience. New models of this car cost between 14,000,000 – 18,000,000 NGN

Hanu Love for super cars are

Fejiro Hanu Agbodje lives in Lagos, Nigeria. He has his own house, however, details of this are not known but on March 27, 2020, Patricia announces a full remote working plan, relief funds for staff members and on July 19, 2021, Patricia move its headquarters to the Republic of Estonia, now domiciled in the Northern European country, with this Mr Hanu who is the current CEO Patricia should move also, So we could say Fejiro Hanu Agbodje now lives in Europe.

Though he lives a relatively private lifestyle, Hanu Fijero Agbodje is active on social media. You. An connect with him on;

Oba Of Lagos Net Worth, Biography, Cars And Houses 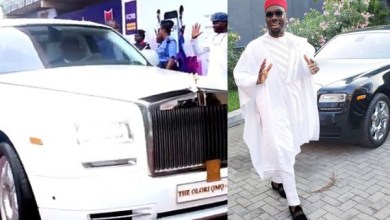 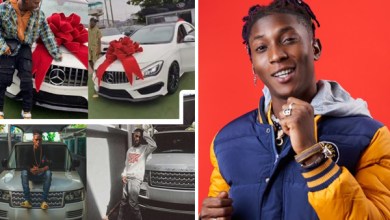 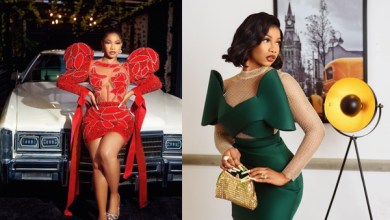 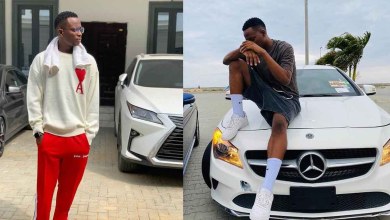