Nigerians are greatly in love with the sensational child prodigy popularly called Emmanuella. If you are bored, depressed or you simply had a bad day, the perfect recipe for high spirits is to watch one of Emmanuella’s comedy skits on YouTube. You will laugh like there is no tomorrow, and in no time, you forget you weren’t feeling good just a while ago. Isn’t it worth knowing more about this child prodigy who soothes us with laughter? I bet it is. In this article, you have the opportunity of finding all that is available about Emmanuella and how she rose to stardom at such a young age.

Her full name is Emmaunella Samuel, born to James Samuel and Cynthia Samuel. Her state of origin is Imo State, but she resides in Port Harcourt with her family. She was born on July 22nd, 2010, which means she will just be 11 years old this 2021!

Her Rise To Stardom

Emmanuella has always had a knack for bringing the best laughs out of people around her since she was five. She is the life of the party, always goofy and cheerful. If you know Emmanuella, then you must have heard of Mark Angel. Mark Angel was the one who discovered the unusual talent in Emmanuella and brought her to the spotlight. Although there are speculations that Emmanuella and Mark Angel are related as cousins, her official bonding with Mark Angel began when her family decided to spend their holiday at Port Harcourt.

Amongst all the kids present during that holiday, Mark Angel who obviously enjoys watching kids play watched with excitement how Emmanuella was able to easily make him and every other kid present laugh. As far as Mark Angel was concerned, Emmanuella was as talented as other famous kids he watched on American programs on TV. Ever since then, Mark Angel has kept his eyes on Emmanuella.

As fate would have it, a time came when Mark Angel needed kids to perform in one of his skits. During the audition for the best kid to use, he found out most of the kids present didn’t possess the wits and Intelligence he needed, as the were constantly forgetting their lines. When he invited Emmanuella to take her turn in performing, she stole the spotlight from the other kids as she seamlessly performed her role with glee and didn’t forget her lines. During an eighteen hour long video shoot, Mark Angel noticed Emmanuella was resilient, she was able to perform well despite the stress involved during the long video process.

Emmanuella’s first viral video skit that brought was ‘this is not my real face o’. This comedy was typically hilarious as Emmanuella was found making naughty joke of her headmistress’s leg unknowingly to the headmistress’ daughter. Trust me, you gotta see the skit, it’s so hilarious…hahahaha. This skit automatically shot up the number of followers on the Mark Angels comedy skit page on YouTube as well as boosted her social media presence. Currently, there are over 5 million subscribers on the YouTube channel, she has garnered over 3.6 million followers on Facebook, and over 600 thousand followers on Instagram.

Other popular skits she has performed includes; My Uncle has HIV, April fool, Witch birth, Valentine part 2, Change part2, School protest, and many more. On 2 April 2020, during the COVID-19 lockdowns, Emanuella, Success, and Regina Daniels were featured in a skit by Ofego titled “Lockdown” on his YouTube channel.

Other Interests of Emmanuella

Besides comedy, Emmanuella is a bright student. She hasn’t allowed her rise to prominence to affect her academics. Currently, in secondary school, Emmaunella had her primary education at Brighton Gate Academy School, Port Harcourt. She also has interests in fashion and aspires to be a badass fashion designer in the future. She even took up a design course, which includes make-up and fashion.

While performing her skits before the camera, just like any human, Emmaunella can get tired. When this happens, smart Mark Angel knows the therapy- Emmanuella has to sleep. Once she wakes up, she performs as excellently as ever.

Emmanuella reflects the hope that Nigerian children are exceptional, she has been a source of inspiration to both adults and children alike. Beyond the shores of Nigeria, Emmanuella has enjoyed recognition in the international space including Prominent Kid Comedienne and Princess of Comedy, both from Australia. In 2016, she was invited for a stellar interview on CNN, this was shortly after it was announced she would feature in a Disney movie in 2018.

As soon as it became public knowledge that Emmaunella would feature in a Disney movie, in addition to the cheers amongst the Nigerian populace, the former Senate President, Bukola Saraki, also congratulated her and said she was a large inspiration to other talented young children.  Nigerian awards Emmanuella has won include; NEA award, Niger Delta Special talent award, and City People Awards. In 2016, Emanuella won the award for Top Subscribed Creator from YouTube at the inaugural edition of the Sub-Saharan African YouTube Awards. In 2018, she was nominated alongside Davido, for Nickelodeon 2018 Kid’s Choice Awards, under the category of Favorite African Stars, and in 2021, she won the Nickelodeon Kids‘ Choice Award for Favorite African Social Star.

Emmanuella remains one of the richest child prodigies in Nigeria with a net worth of $150,000 (57 million NGN). Her wealth has come chiefly from viral skits of Mark Angel’s comedy channel on YouTube. In addition, she has gotten rich deals from brand endorsement. Popular brands she has served as ambassadors for include Fresh Yo Yogurt, Dabo toothpaste, Indomie noodles, Loya milk, MTN, Slim Tea as well as Mouka foam.

While we have no public record of her personal house, sometime in November 2020, she built a house for her mum worth millions of naira. Emmanuella took to her Instagram page to announce the gift she built her mum:

“I build dis for u mom. For all di prayers, all di encouragement, and support. Mummy, I know you say u want a portable house, and this it. But forgive me because I must complete ur mansion for you next year”

This post garnered cheerful sensations on Instagram, even famous celebrities have their comments. Akpororo wrote in the comment section “God bless you, little princess “. while musician Sound sultan said ‘ Soooo proud of you”. Helen Paul gave her congratulations with plenty of love emojis.

Even though being a young girl, Emmanuella is ready to be a big girl. In February this year, Emmanuellatook to her Instagram page again to flaunt her brand new Lexus LX570 SUV in stunning pictures.

The Lexus LX is a full-size luxury SUV sold by Lexus. It is a luxury division of Toyota since January 1996. The LX name stands for “Luxury Crossover”. This model is powered by a 5.7-litre V8 that outputs 383 hp and 403 ib-ft. In addition, it is mated with 8-speed automatic transmission.

Despite the controversies made about the house and car Emmanuella owns, Emmanuella has strongly said she got the finance from her hard work in the comedy industry. Emmanuella continues to rise in leaps and bounds, we wish her outstanding success going forward. 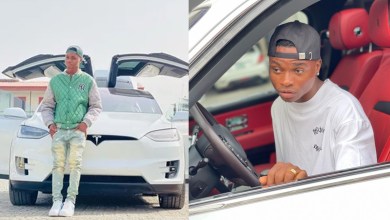 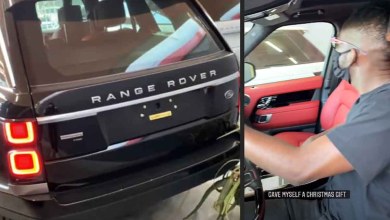 Mr. Eazi gift himself a Range Rover for Christmas 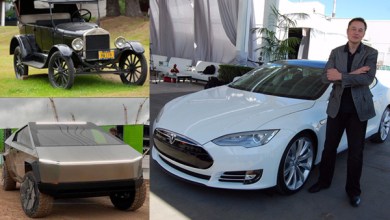 World Richestman Elon Musk car collection that will surprise you 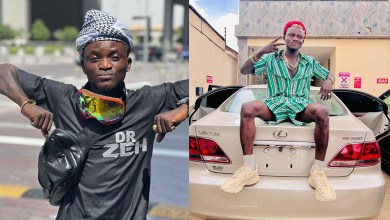