The original Tesla Roadster put the all-electric automaker on the map, even if most Model S and Model X buyers do not remember it. This model was originally slated to make its return in 2021; the new model has not yet hit the market, leading us to feel it has been delayed. The second-generation Roadster beats its predecessor by adding two small rear seats, significantly more driving range, and a much higher level of performance.

Tesla CEO, Elon Musk, boasted about a 1.9-second 60-mph time and a 250-mph top speed when the Roadster concept was unveiled back in 2017. These are figures we very much hope will prove accurate when this sports car finally arrives.

First of all, the Tesla Roadster will add to the Tesla line-up when it eventually enters production, resurrecting the nameplate worn by the company’s first model back in 2008. Tesla originally announced the sports car as a 2021 model, but since then no one heard anything, so we expect the Roadster has been delayed.

When the new Tesla Roadster was unveiled as a concept back in November 2017, Elon Musk talked about the performance numbers for this car which is a 60-mph time of 1.9 seconds, a top speed of more than 250 mph, and a quarter-mile time of just 8.8 seconds. That seems outrageous. For reference, if that 60-mph time holds up, it will mean the Roadster is a full second quicker than its key rival, the gasoline-powered McLaren 570S. Also on that same day, Musk noted that the Roadster will come with standard all-wheel-drive which is less surprising. Tesla’s mainstream EV models make use of two electric motors, one at the front and one at the rear, to drive all four wheels, so it makes sense that the same setup would be available for the Roadster.

The 200-kWh battery is said to provide up to 620 miles of range, but certainly, that number will be achievable only when used lightly. Hitting the track for some flat-out hot laps will cut that estimate considerably.

The estimated fuel economy has not been released yet but those details are sure to emerge closer to the car’s on-sale date.

For now, the Roadster is only a concept, and in general, concepts change drastically during their development into production models. As shown, the Roadster concept features a removable glass-panel roof, which you can stow in the trunk. It has four seats, but the rear ones look as though they may not fit adults, given the Roadster’s dramatically angled roofline. Other than that, we expect to see Tesla’s signature minimalist interior design repeated for the year’s model.

In the concept’s design, a large touchscreen extends from the top of the dash all the way to the centre console, with a cubby underneath it for storage. No vehicle in Tesla’s line-up offers services such as Apple CarPlay, Android Auto, or Amazon Alexa compatibility, so it is not expected that that changes with the Roadster. In fact, if the infotainment system in the Model 3 sedan is any indication of what will be seen in the Roadster, buyers should not expect to find AM radio or SiriusXM in this car. We think it likely that Tesla will provide an onboard Wi-Fi hotspot, Spotify integration, and a host of visual entertainment apps such as Netflix, Hulu and YouTube to keep drivers and passengers entertained while parked and charging.

Safety remains unknown for now, but it should have all the latest gadgets and gizmos from Tesla, like Auto Pilot. It is also expected that Tesla will offer all its latest and greatest driver-assistance technology on the Roadster, which includes its famous Autopilot semi-autonomous driving system. Other key safety features include:

It is anticipated that the Roadster will offer the same standard warranty package as the rest of Tesla’s line-up, which includes an eight-year warranty on the car’s electric motors and battery pack. Unlike rivals such as the Audi R8 or the Jaguar F-Type, Tesla is not likely to come with a complimentary scheduled maintenance plan.

Cost Of Insuring A 2023 Tesla Roadster

The cost of insuring a 2023 Tesla Roadster depends on a variety of factors, including your budget, the level of coverage that you want, and the type of insurance that you choose. Your age, gender, location and driving record can also have an impact on your insurance rates. What is needed to be done is to check out the car insurance guide of your country to find the best policy for you.

The 2023 Tesla Roadster’s release is expected to be up to two years away, there is no anticipated release date as of now.

Audi Confirms The R8's Successor Will Be Entirely Electric 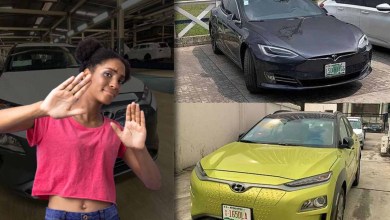 What To Consider Before Buying An Electric Car In Nigeria 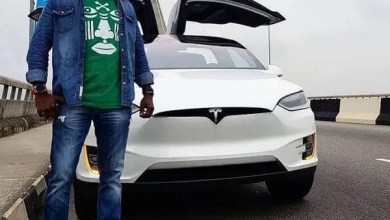 Teen hacker claims to have control of 25 Tesla vehicles worldwide

All you need to know about Tesla Model 3 In Nigeria 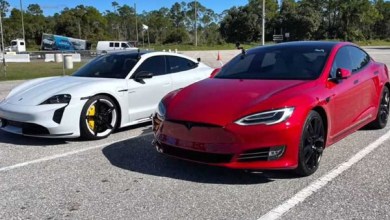